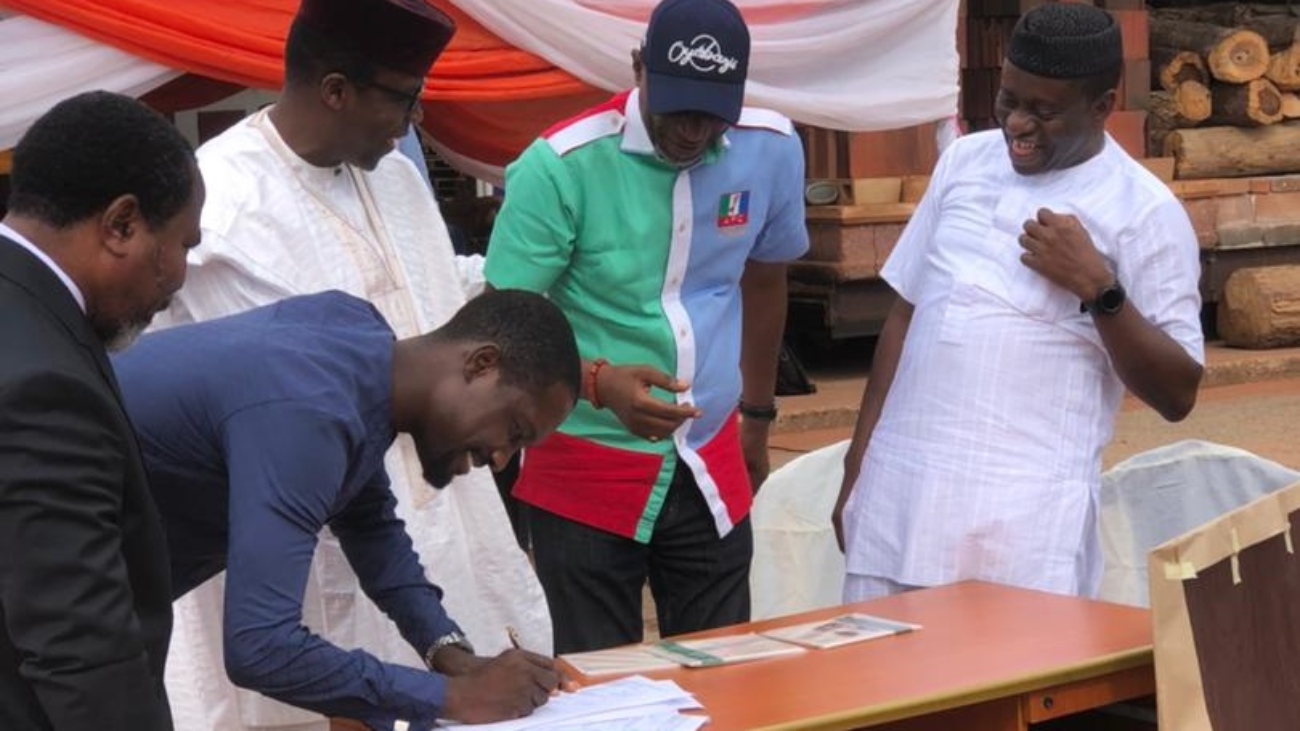 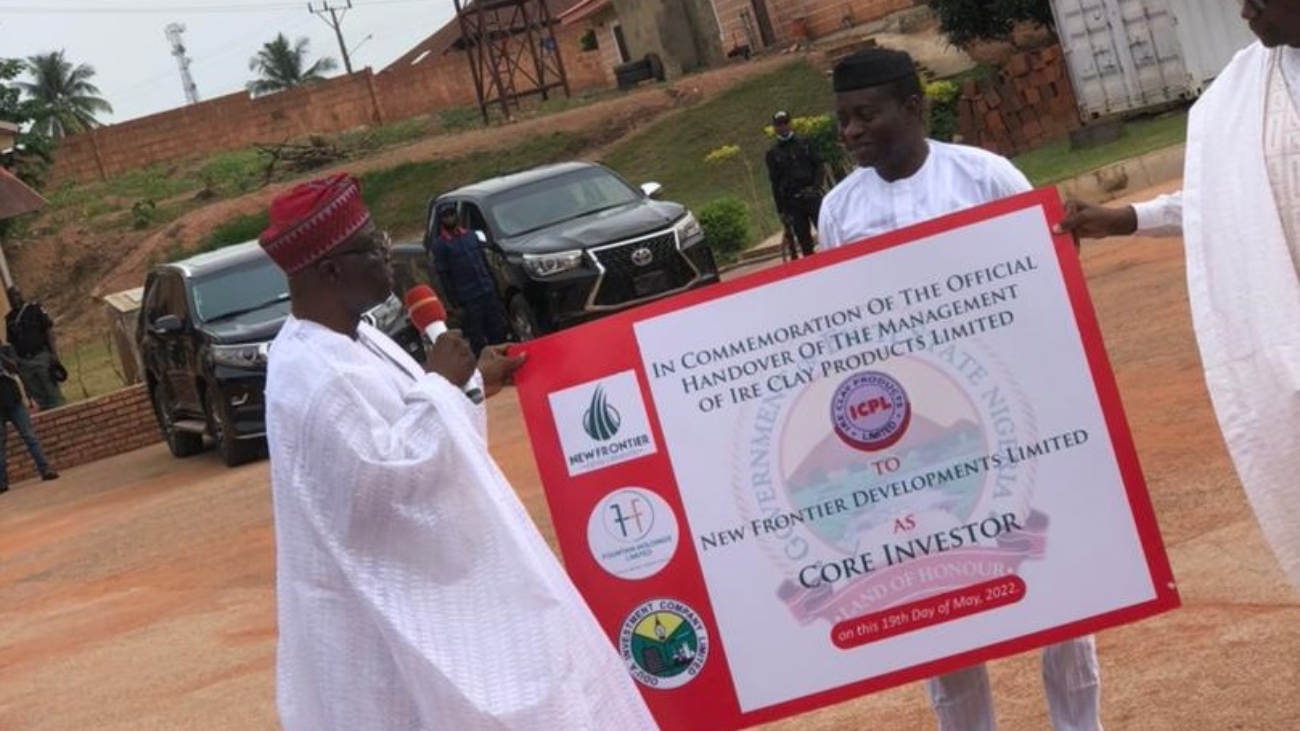 The Ekiti State Government has officially handed over the, Ire Clay Products Limited, to a private investor in a bid to ensure its continued smooth running, result-oriented management and long-term sustenance.

Governor Kayode Fayemi at the official handover ceremony in Ire Ekiti, maintained that the step was aimed at galvanizing the company for more profitability and continuity of operations.

The governor who was represented by his Deputy Otunba Bisi Egbeyemi, said the handover was a demonstration of government’s resolve to partner with the private sector to ensure sustainable and profitable operations of government business enterprises.

According to the governor , core investor, New Frontier Developments Limited, has acquired 60 per cent stake to run Ire Clay Products Company under an arrangement that would be beneficial to the investor and the state government.

Dr. Fayemi also listed the gains of the handover to include enhancing the company’s capacity to meet the demands of its products, serving as a source of Internally Generated Revenue through taxation and providing more gainful employment for the people of the state.

Earlier in his remark, the Group Managing Director/Chief Executive Officer of Fountain Holdings Limited, Mr. Seyi Ayeleso, noted that the Fayemi Administration took the step in order to infuse fresh financial and managerial capabilities into the operations of the factory.

The chairman New Frontier Development limited Alhaji Musa Usman in his speech assured the staff that no one will be laid off rather it will foster a profitable relationship with both the community and state as a whole.

He hinted that the company is also looking forward to involve the engineering students from the state’s tertiary institution for training.